When “we” and “them” become US 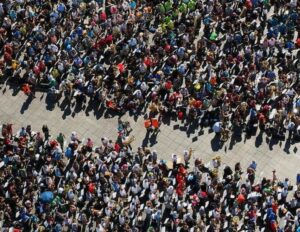 There is always something that separates people. Nations, cities, towns, villages…languages, cultures, religions, causes…jobs, income, education…the clothes they wear, the homes they have. We live in a world of “we” and “them”.

Much is due to governments, researchers, political parties, the news media, and those just trying to sell us something. They gather information, put us in categories, decide “who we are”, and give us a label.

But none are as effective as what ordinary people can do. Ever had someone look down on you, treat you different, or stand in your way…because you weren’t one of them? Pride, envy, and favoritism rise to separate and divide us.

Would Jesus see you as a sheep or goat? 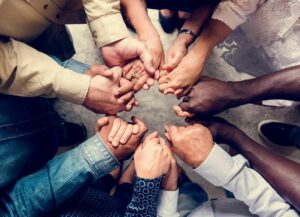 Jesus once told a parable about divisions.1 One day all people would be separated into two groups…as a shepherd does with sheep and goats.2 Like those animals, they may appear similar, but their desires and choices were not.

The sheep group cared for others, helped them and, by their actions, loved them. The shepherd did and they followed his heart. But the goat group followed their own heart. They chose what they would do, regardless of the shepherd.

This parable is about Jesus and the judgment to come, and its message is often taught simply as, “Follow Jesus and love each other.” While we are called to do that, there is much more to this lesson.

Who has the right to judge and divide? 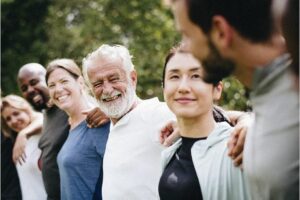 When the people are brought before the King, He sees them as one group, not as divided by the measures mankind finds important. Nothing about race, wealth, nationality, gender. The things we use to separate us mean nothing to the King.

Then He separates the people into two groups according to their actions and inactions. The division He creates is deep and permanent. It is based on His judgment and condemnation, and His alone. We do not have the authority to judge or condemn.

Jesus, our King, has not called us to be divided. So I encourage you: Be wise in whose heart you follow…Stand together in love…Allow “we” and “them” to become US…And honor the King.