God Can’t Use Me 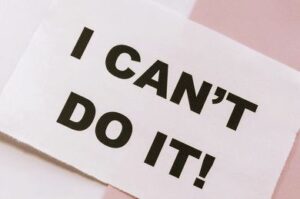 Ever look at other people who seem to have it all together? They’re being used by our Creator to make an impact for His kingdom in this often broken and messed up world. And you think…I could never do that.

Ever see someone doing something you would love to try doing? But that voice in your head pipes up to remind you how unqualified you are compared to others. Then you shrink right back to your safe spot, where no one will make fun of you or throw anything at you.

I could go on and on, but you get the idea. Know this…those words, those thoughts, are not from God. That is the enemy trying to keep you right where you are, right now, not a step further than you have come. Because if the enemy can do that…then the enemy wins.

The enemy sees what you can do alone. 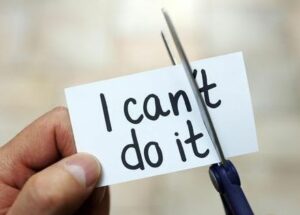 The enemy’s biggest fear? Its biggest fear is…you get a taste of what God can do in you, and then through you, in this world. Because once that happens….the enemy loses its leverage over your life. Read that twice. Read that three times.

This morning, I received an encouraging message from a man in Brazil who had seen one of my videos. Last night one came from across the state line at Camp Shelby in Mississippi. One came from a man in Pennsylvania, and another from a lady in Minnesota.

The encouragement trickles in from all over…California to Florida, Montana to Texas, and countries around the globe. But it’s not just people encouraging me. It’s God…saying, Do you see, Shane? Do you see what I can do with the words, thoughts and ideas I put in your head?!!

God sees what He can do through you. 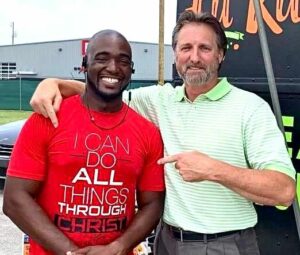 Look…I use bad grammar. For the life of me I don’t know whether to use “to” or “too” in a sentence. My ADD is glaringly obvious as I wander and stumble through the videos I make with a deep southern accent and often mumbled words. But just look what God does with it!

There is nothing special about me. I’m just available. God said, I need a delivery man, and I said yes. I take credit for nothing but that part. Know this. You can’t un-ring a bell, and you can’t un-see or un-feel the power of the Creator when He works in and through you.

And that…THAT…is why the enemy works so hard to keep you on the sidelines in this world. I don’t want to watch from the sidelines or the dugout. I want the ball. I want to be in the game!