The Wisdom of Willie Pete

I grew up in the age of segregation. My friends, neighborhoods, schools, and churches were all white. My mother taught me that all were equal and God loved us the same, but others were not so kind and loving. At seventeen I still did not know any blacks. That was about to change. 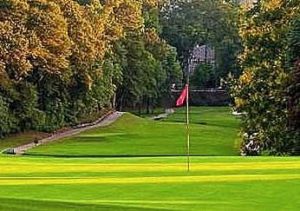 In 1967 I got a job in the golf shop of a private country club. There I met Willie Pete Anderson, an older black gentleman in charge of the Club Storage Room. He cleaned every set of clubs that went out the door. Few jobs were open to blacks at the club. But he never complained.

Willie Pete did not own a car, so many times after work I drove him to his small home. There he would tell me about growing up in Alabama, serving in World War II, and working at the club for the last 20 years. We became good friends and I would often go to him for advice.

“You have to forgives!”

Willie Pete also told me how discrimination had barred him from going certain places, eating at certain restaurants…doing what any white man could do. Once he was not allowed to vote because he could barely read or write. A veteran of two tours in World War II and couldn’t vote! 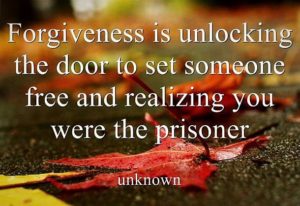 Hearing those stories, I grew angry at how he had been treated. Yet Willie Pete was never bitter nor insisted anyone owed him. He described demeaning things he had to do and injustices he suffered, but never raised his voice. Once I asked, “How did you get through it?”

He loved others, even when they did not love him.

Willie Pete taught that dignity and respect were earned. Every club member respected him by how he did his job and treated every single person. He showed love and respect for others who were not always loving to him. He never spoke a mean, hateful word, only humility and encouragement. And he always had a way of building others up with the perfect words.

The Bible says that we are called to treat others with compassion, kindness, humility, gentleness and patience–forgiving whatever we may have against another, just as God has forgiven us–and binding everything in love. Willie Pete did this every day of his life.

The Rest of the Story

: Willie Pete Anderson passed away in 1976 but left a tremendous and lasting effect at the golf club. Today barriers have been lifted, no discrimination is allowed, and all races are welcome into the membership of what once was all white. A plaque honoring Willie Pete is displayed prominently outside the same Club Storage Room he managed. And each year the club recognizes Willie Pete Day, celebrating and honoring the memory, integrity, love, and example of Willie Pete Anderson.

leads the Ciloa Network where he manages fundraising and partner development. He is also an outstanding teacher and encourager. Larry and his wife, Jackye, live in Atlanta, Georgia, USA.