Peace, In The Storm 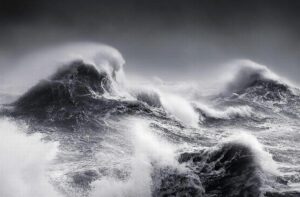 Speaking for myself, there is no other line, no phrase, in the Bible that speaks to me more clearly of God’s power, through Christ, than that one right there. Perhaps it is because I can visualize it. We’ve all been caught in a ferocious storm in this life. Especially us folks in the coastal South!

I’ve been through the eye wall of a category 4 hurricane and I can’t imagine seeing a man wake up, walk outside, command that storm to cease…and it just does! But that’s what Jesus did!

Without Faith, there is no Peace in a storm. 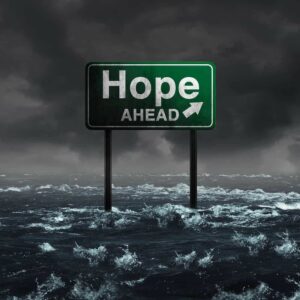 Then He got up and rebuked the winds and the waves, and it was completely calm. 2 Completely calm! Not only did Jesus impart His Peace on the storm…He was a man at Peace while He was in the storm.

I won’t say Faith made the storms end quicker, or that the storms weren’t still scary, or that I wasn’t often scared along the way. But I did learn in the process that without Faith, there is zero peace in a storm, while with Faith…Peace could be found. (Read that twice)

The stronger my Faith, the calmer my spirit. 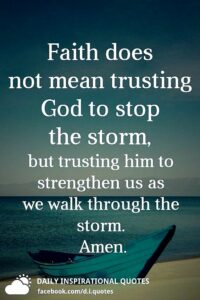 Also, the depth of the Peace I found in those trying times, those storms of life, coincided directly with the depth of my Faith. The stronger my Faith became, the calmer my spirit became in those storms. (Read that twice too)

If you are in a storm today, ask for God’s help in that storm, ask for His guidance, His Peace, while you navigate that storm, and believe this…

God is working on you in the storm while He works you through the storm! Believe that the storm will eventually end, and you will indeed arrive…on the other side.

Get In The Boat! Do Your Part!