No Room For Silence 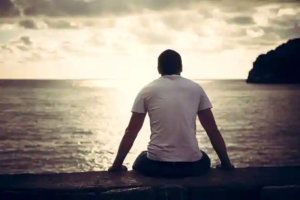 Unless the LORD had helped me, I would soon have died. 1 Sounds simple but you may not know what the verse actually means. Despite good intentions, this translation fails to tell us the message behind the ancient Hebrew words. Here’s what I mean.

Unless is better translated as an emphatic Except for. LORD is YHWH, 2 the proper name for the One True God. Helped refers to help belonging to. Me is not even in the original text. I is the whole person. Soon is correct, but would have died is not about death at all, but continuing silence.

When put together, we discover a deeper message: Except for help belonging to the One True God, I and all that is me…spiritual, mental, emotional, physical…would soon have continued in silence. A little different, isn’t it?

Those who disagree want us to be silent. 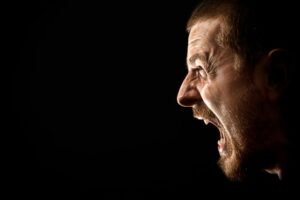 Not understanding the words causes confusion. It isn’t that the first translation is wrong, but there’s much more. God is not only telling us what the psalmist believed. He’s sending a warning about being silent.

A news report once clamed, “Chick-fil-A CEO slams gay marriage.” But the report lied. Dan Cathey had only said he supported the biblical definition of family, which he knew others disagreed with, “but thank the Lord, we live in a country where we can share our values and operate on biblical principles.” 3

Outrage followed. It wasn’t that they simply disagreed with Mr. Cathey. They did not want him to be able to share his values or operate on biblical principles. They did not want to discuss his beliefs. What they wanted was to silence him.

We look to the help that belongs to God. 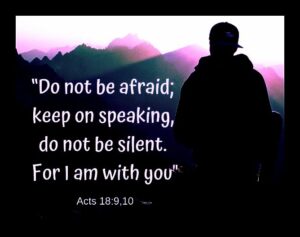 When I wrote the original Note on this, 4 I hoped that by now we would live in a more respectful time. Yet we are surrounded by those who want to have the only voice and keep everyone else silent. I see this in governments, news agencies, universities, and even in the doctrine of some religions.

But we who follow God cannot be silent. We are called to seek, understand, and share. Jesus commanded, What I tell you in the dark, speak in the daylight; what is whispered in your ear, proclaim from the roofs. 5

But how can we face those who vehemently want to keep us silent? We look to help that belongs to Yahweh, the One True God, and we know, I can do everything through Him who gives me strength. 6 The battle may be ours, but the war is His…and He has already won!