Do Your Best, Forget The Rest 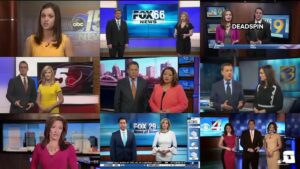 You know, there is a lot of potentially depressing stuff in the news now days. Of course you know that. It’s like harsh Bible verses in Isaiah were faxed to news rooms around the country and then reported word for word to the public.

But the public, for the most part, just keeps on keepin’ on. Stumbling along like a blind ol’ drunk. It’s sad. It’s scary. It’s frustrating.

So every now and then, my God, who loves me and cares for me, has to tap me on the shoulder and remind me of things I actually learned a long time ago…but then forgot. (That’s why we’re called sheep.) And, as you will recall, the Lord works in mysterious ways, His wonders to perform.

In all things do your best. 1 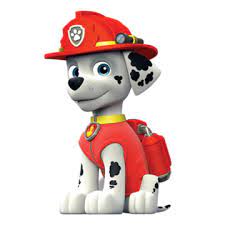 This week we were visited by one of our great grandchildren. During the visit we all watched endless episodes of an animated show called Paw Patrol.

For those not familiar with the show, it’s a story about six pups who go about saving their little town from one disaster after another. All the pups are different breeds, wear different costumes, and drive different vehicles to fit their particular personality.

One pup is a Dalmatian, wears a fireman’s hat, and drives a fire truck. Poor little guy is kind of a screw-up. He tries really hard and means well, but he sometimes does some pretty goofy things that ultimately don’t go well.

Do not dwell on the past. 2 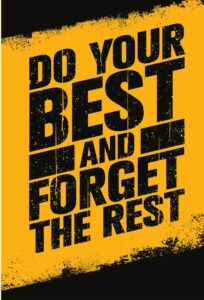 When the pup messes something up, his friends gather around and encourage him and try to cheer him up by pointing out all the good things that he did right.

I know that. I’ve known that for a long time. But in all the noise and depressing confusion of the daily news, I forgot. So God reminded me AGAIN, through an animated Dalmatian puppy. Ah, lessons learned and relearned.

Gary Milford and his wife, Patricia, are retired and live in Loganville, Georgia, USA. By the way, they are also the proud Mom and Dad of fellow Note Writer Lisa Brittain.

Footnotes: (1) Do your best to present yourself to God as one approved, a workman who does not need to be ashamed and who correctly handles the word of truth….2 Timothy 2:15. (2) Forget the former things; do not dwell on the past. See, I am doing a new thing!…Isaiah 43:18-19a.