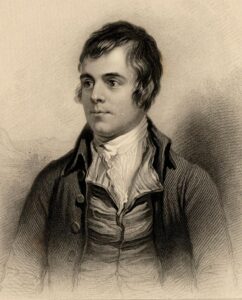 There once was a man named Rev. John McMath, a good, decent man who spoke the truth and cared for others. He often preached against pretending to follow Jesus over actually doing so. As a result, he was judged, shunned, and driven from his church.

A friend, enraged by such treatment, decided to stand with Rev. John and sent him a letter.1 There he denounced the hypocritical actions of all who hid behind the appearance of religion and the Gospel as they ruined anyone who disagreed with them.

The year was 1785. The letter included a poem.2 And the friend was Robert Burns, the great poet of Scotland. Those in power loved their power and used it without regard for right and wrong. But he chose friendship above himself and stood with his friend.

Do not choose to be a friend of the world. 3

But I gae mad at their grimaces,
Their sighin, cantin, grace-proud faces,
Their three-mile prayers, an’ half-mile graces,
Their raxin conscience,
Whase greed, revenge, an’ pride disgraces
Waur nor their nonsense. 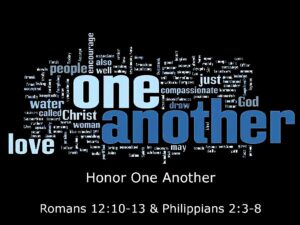 Burns wrote of the frowns and judging of hypocritically righteous faces filled with pride. Such men gave long prayers, but were short on grace. Their conscience was stretched thin by greed, revenge and pride, a disgrace far worse than their nonsense.4

Jesus once said, You load people down with burdens they can hardly carry, and you yourselves will not lift one finger to help them.5 Hiding behind hypocrisy, religious leaders judged others rather than love them.

By your love all will know you follow Me.6

God knows, I’m no the thing I should be,
Nor am I even the thing I could be,
But twenty times I rather would be
An atheist clean,
Than under gospel colours hid be
Just for a screen. 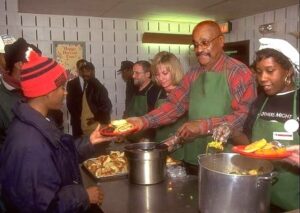 Amazing, isn’t it? Pretending to follow Jesus can cause someone to find more honor in an atheist. And what of us? Do we at times hide behind a mask of religion in order to live as we choose? Following Jesus can be difficult, but I have an idea.

If people are going to talk, let’s give them something worth talking about. Let’s stand together…united in love and devoted to Jesus. Let’s live in the truth…for His honor and glory.

Chuck Graham is Founder and Executive Director of Ciloa, an international ministry devoted to encouraging others and teaching them how to encourage one another. Also an author and speaker, Chuck and his wife, Beverly, live in Lawrenceville, Georgia, USA. Learn more about Chuck and Ciloa at www.Ciloa.org.

Footnotes: (1) The letter is commonly referred to as the Epistle To The Rev. John M’Math. (2) The poem was Holy Willie’s Prayer, which Rev. McMath had requested. What appears in this Note is only a portion of the poem, regarded as the greatest of Burns’ satirical poems, an attack on religious hypocrisy. (3) Read James 4:4. (4) A wee bit of translation: gae = got, grimaces = frowns, signin = judging, cantin = being hypocritically religious, raxin = stretched thin. (5) Read Luke 11:46. (6) Read John 13:35.