Voices Who Cheer Us 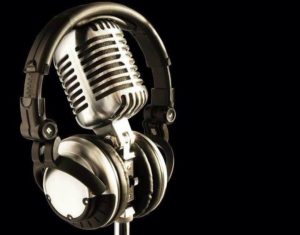 1996 was a crazy year. Broadman & Holman published my first book, Take The Stand. 1 Bookstores across the US had copies prominently displayed. And soon I was in a whirlwind of Christian radio appearances 2…138 that year alone.

Some stations were small. Others had national audiences. During one interview, I learned the program had several million listeners and they were calling in…with questions! Being an avowed introvert, I was not prepared for that.

So before each interview, I prayed for God to take control, calm my fears, and not let me cuss on the air. (Hey, it seemed like a good thing to pray for.) And He did through the Radio People…the kind, merciful people who interviewed me.

Sometimes I don’t think things through. 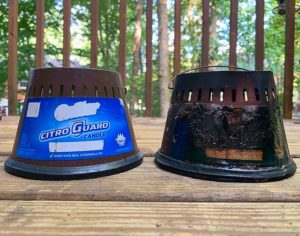 I once put coffee grounds in a citronella candle pot to drive off mosquitoes. For added heat, I tossed in an old paper towel. It soaked up the oil and ignited. The pot, sitting on my wood deck, erupted like a volcano. I put out the raging fire 2 hours later.3

Another time, Beverly and I were at a friend’s condo for much needed rest. It was summer and hot, but quite chilly inside. So I turned on the heater and soon noticed the aroma of burning dust…followed by an automated voice yelling, Fire! Fire! 4

Recently, to break up a half-rotted log, I placed it on the ground, pushed down, and the log snapped. One piece bounced back and hit me square in the face. As I lay on the ground, I thought I heard my neighbor. Chuck just hit himself in the face with a log. Must be going after mosquitoes again. 5

What does this have to do with Radio People? 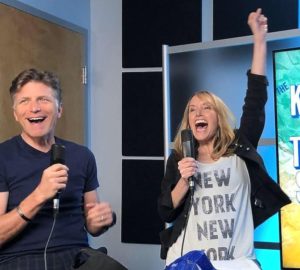 We all have those moments when we didn’t think things through. We get frustrated, disappointed, angry. When that happens, we can often turn to those Radio People…the special men and women we hear on stations around the world. 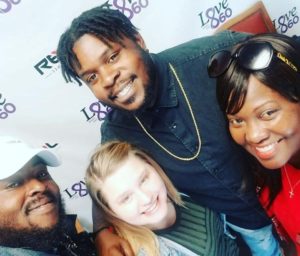 They have their moments, too. Things don’t go as planned. Trouble comes with all the baggage. Yet for us, they remain upbeat, positive, even perky. They cheer us up and cheer us on. They encourage us as long as it is called today.

So remember them. Send them a card, a note, a post or two. Say thanks. Let them know you’re standing with them, as they continue to stand with you. We all need encouragers, especially when someone says, Hey, I fixed the microwave. Just sayin’.6

Chuck Graham is Founder and Executive Director of Ciloa, an international ministry devoted to encouraging others and teaching them how to encourage one another. Also an author and speaker, Chuck and his wife, Beverly, live in Lawrenceville, Georgia, USA. Learn more about Chuck and Ciloa at www.Ciloa.org.

Footnotes:  (1) Take The Stand, the first of four books I have written, was about the state of the Christian witness in the world. Calling on believers to take a stand and follow Christ, it had the tag line, “because you are the best Christian somebody knows.” (2) The interviews were arranged by Broadman & Holman at Christian radio stations throughout the US as well as portions of Canada. (3) No harm was done to the deck, house, or neighborhood. Having survived a house fire when I was young, I’m cautious with fire, though sometimes things don’t go as planned. (4) When I quickly turned off the heater, the alarm stopped. We were on the first floor of a large 3 story building but do not know if anyone else heard the alarm. (5) Closest I’ve ever come to being knocked out. (6) I did say that, much to the alarm of my family. However, I had actually done nothing. The oven, which had unexplainedly stopped working days before, just as unexplainedly started working again.