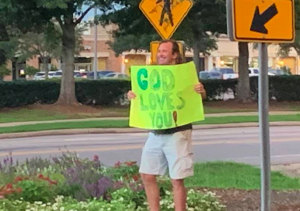 What’s this guy’s problem? That was my first thought when I saw him from a distance. He was standing with his back to me as I pulled up to a red light one late Sunday afternoon while passing through Fairhope, Alabama.

Given the state of the world today, I thought he must be a one man protest with an axe to grind against somebody or something. As he turned toward me I could see the words on his sign…GOD LOVES YOU! Instead of a scowl he offered a big smile.

God is able to do infinitely more… 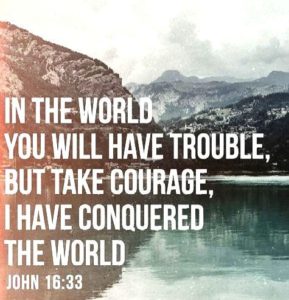 There comes a point on your Christian journey where God is going to ask you to stand alone and do something that is way…and I mean WAY…outside of your comfort zone. Believe it. He asks because somebody, somewhere, needs something He has given us, something we are carrying.

He also does this to grow our confidence in His promises and to empower us for more and bigger tasks. In my experience, when I step out in Faith, God always steps up to support the effort. He always pays for what He orders. And as a result, my Faith in Him grows. Read that twice.

As I drove off, I gave the fella a honk and a wave, which meant…You are not alone brother. I support you doing what you do. A couple mornings later I sat down to do what I do…write another story. One about a man courageously standing alone on a street corner holding a GOD LOVES YOU! sign.

…than all we ask, think or imagine.1 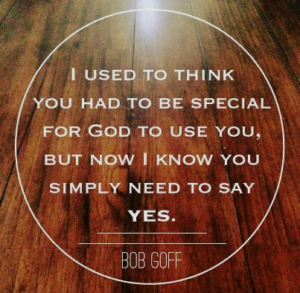 His audience was the people driving by. My audience is worldwide. I take absolutely no credit for that. God has built platform…a network of people who distribute the stories He gives me to write.

God does the rest! He can take the seeds one man spreads on a street corner in Alabama, and plant them literally around the world. That’s how it works. How awesome is that!