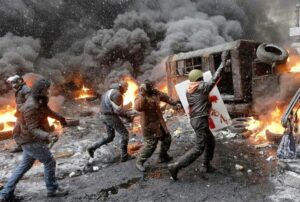 Khafar lives in a faraway galaxy. 1 He works for the Organization Of Planetary Studies and plans to update the report on a planet locals call earth. The last report was brief: Nice variety of plant and animal life, 2 humans, nice garden…perfect.

He boards a transport and soon passes through a few wormholes that deposit him in a quaint solar system. 2 The target looks like a beautiful blue marble. After a lengthy study, he sends his report.

Much has changed. This world is overrun with every sort of evil. Murders, slavery, fraud and theft just begin the list of daily crimes. People speak of peace but wage war. Most are motivated by personal desire. Many are greedy and lust after wealth and power. 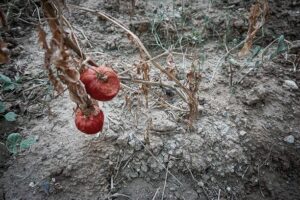 They have traded perfection for suffering. Yet they believe they are entitled to happiness, even to the harm of others. The poor, homeless, sick and starving are everywhere. The garden is gone.

Control of the planet lies in the hands of callous, selfish interests. The value of these people is less about being human, and more on what they own, who they control, and how they can be used. There is great danger here. I recommend NOT coming!

Khafar’s report describes our world some 2000 years ago. It is the world of Immanuel, God with us. It is the world when the Word who was God became flesh and lived among us. The dark world that Jesus did not come to condemn, but to save through Him. 3

And here’s the truly incredible part. He knew how dark, corrupted and evil the world had become and He knew what His own people would do to Him…even the deaf, the blind, the sick, and the dying who He would heal…and His closest friends.

Who is it that doesn’t care? 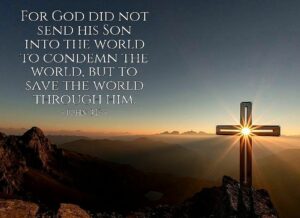 He was threatened, spit upon, lied about and lied to. He was betrayed, arrested, abandoned and denied. He was beaten, ridiculed and humiliated. He heard those He came to save shout instead for His death. And though He could have come down from that cross, He chose to remain there and give up His life so you and I could be saved.

Why would He do this? Because He cares for us. 4 We matter to Him. We are important to Him. Even when we suffer in this world, forget all He has done for us, and accuse Him of not caring. Even then.

Jesus did not come to take away all the pain, suffering and sorrow in this world. He said that would continue. 5 No, Jesus came to give His life so we could have eternal life with Him in a place He has prepared for us. Life on earth is not our destination. It’s the journey.

Are you willing to carry His light in a dark world so others can see Jesus alive in you…to love and encourage them, especially those who deserve neither? Or don’t you care?