Yes, You Are Chosen 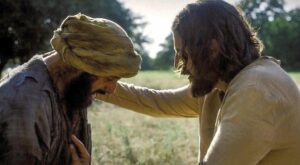 I’ve been watching a series named The Chosen, 1 and those two words have been bouncing around in my head for days now. It’s the story about the life of Jesus, especially His human nature, 2 and the calling of His original 12 disciples, with his disciples being “The Chosen”.

I don’t use the word fascinating often, but this series is fascinating, and interesting, on so many levels. To see Jesus portrayed as someone who, like us, gets hungry, tired, hot, aggravated…but also enjoys life and has a sense of humor…makes the story relatable.

Jesus recognizes the profound calling He has on his life, and executes that calling with unwavering Faith and obedience. And He does it in spite of what is going on within Him and around Him. It isn’t just fascinating and interesting…it’s also encouraging.

Take your place in God’s story. 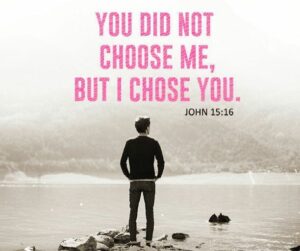 The array of people Jesus assembled for His initial team…with such different personalities, economic realities and varying pasts…is amazing. You see, He needed all types of people to reach all people.

The great story began with the chosen disciples some 2,000 years ago. Today it has grown to include a cast of about 2.4 billion. The story continues to unfold day by day, and we are continually invited to be a part of that story…to take our place in that great story.

One of the most timely and powerful closing statements to a sermon I ever heard was this. Stop trying to write your story, and take your place in God’s story. Read that twice. It entirely changed how I viewed my walk as a Christian.

God has absolutely chosen YOU! 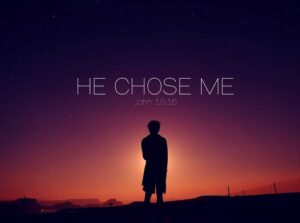 Centuries ago, 12 men stopped trying to write their story…literally dropped what they were doing, right where they were doing it…followed Christ, and took their place in God’s story. They were “The Chosen” when it came to the initial group of disciples.

But we are all called…and we are all chosen…to be a part of and play a specific, ever-evolving role in God’s great story as it continues to unfold.

Get In The Boat! Do Your Part!

Footnotes: (1) The Chosen, created and directed by Dallas Jenkins, Loaves & Fishes Production, Angel Studios, Out of Order Studios. (2) There are many Bible passages about Jesus being fully human and fully God, such as John 1:1,14 and Romans 1:2-4. The Chosen does not ignore His nature as God but has a great portrayal of His human nature.